Metal roofing is a trend that has gained great popularity in recent years, but many Indianapolis homeowners who opt for this versatile, environmentally friendly roofing material don’t realize that it has a long history of protecting homes and creating a stunning aesthetic. Metal roofs have been used as far back as Thomas Jefferson’s time but came into prominence during the Victorian era. This period of striking architectural design was the dominant building style from the 1830s to the 1910s. Nuances of this design style varied over the 80-year period that it encompassed, and one of the areas that saw the most change was the types of roofing materials used.

The Transition From Traditional Roofing Materials to Metal 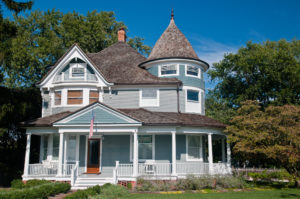 At the start of the Victorian Age, most new Indiana home construction used traditional materials like wood and clay on the roof. Wood was often used because of its availability as an inexpensive roofing material, and clay was the choice for higher-end homes and structures. Although wooden shingles were an affordable choice for many homeowners, they were the lowest quality because they were prone to impact damage and other dangers ranging from insect infestations, mold, and bacteria, to fires that could destroy the entire home. Clay tiles were the preferred choice of those who could afford them at the time because of their resistance to environmental stress and their appealing aesthetic. Other than impact damage from flying debris, little could wear down or damage a clay roof. 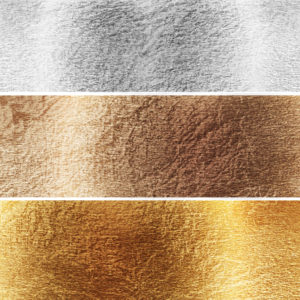 Copper and lead were some of the first metals used in roofing because they were durable and easier to use on roof surfaces and designs that were not conducive to other materials like slate, tile, and wood. However, the development of sheet iron was one of the technological advances that paved the way for metal roofing to come into prominence. Robert Morris developed this material in the 1790s. Morris was an American colonial patriot who had the financial resources and shipping connections to help finance the Revolutionary War and create an American navy and army. 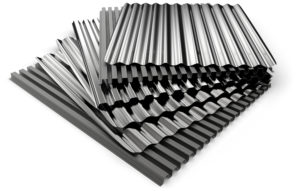 Another advance in sheet metal was made in 1829 in England, as the corrugating process was developed. Corrugated iron sheets were stiffer than regular sheet iron. They revolutionized metal roofing as they allowed for the material to be installed over a greater span and a lighter frame and put less stress on the overall structure of the building. These advances meant that metal roofing took less time to install and reduced labor costs.

Metal roofing came into prominence in the middle of the Victorian era. Galvanized steel sheet metal was invented in the 1830s in France but wasn’t used as a roofing material until the 1850s. This process, which used a coating of zinc over the base metal, protected the material from forming rust and increased its viability for long-term roofing use. Once the galvanization process was introduced, builders realized that there were many ways to use the revolutionary product. The galvanization process protected the steel from environmental corrosion, making it an ideal choice for use in many areas, including roofing. Once metal roofs were introduced, they quickly gained popularity for their unique aesthetic and durability. In addition to homes, galvanized metal roofs were a popular choice for agricultural and industrial buildings.

Just like clay roofing materials, metal roofs were resistant to fire, mold, and insects. In addition to the strength of metal roofs, their low cost and lightweight made them the premier choice for roofing at the time. These metal roofs proved to be some of the strongest of the time, with a typical lifespan of around 70 years. Many metal roofs installed at the time are still in existence today. The biggest threat to Victorian metal roofs was impact damage, but the most harm this inflicted in most cases was denting in the roofing material.

In the later part of the Victorian era, homeowners who could afford the luxury of slate roofs started using this roofing material that had been around since the 17th century. Although slate is one of the strongest roofing materials ever developed, it comes at a hefty price, and homeowners who wanted an appealing look and great durability without the expense continued to use metal roofing to complement the architectural aesthetic of their Victorian homes. 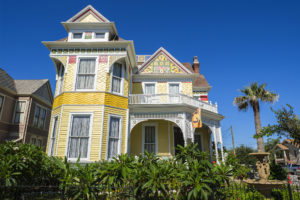 After metal roofing rose to prominence in the Victorian era, builders and homeowners continued to use the material due to its durability, longevity, and versatility in design style. It is one of the most popular choices among homeowners today. Although asphalt shingles became the primary roofing choice in the 20th century, many modern homeowners in Indianapolis are going back to this revolutionary material because it stands up to the elements and doesn’t need to be replaced as frequently as asphalt roofs. Homeowners are attracted by the variety of styles and colors available, as well as the prospect of never needing a roof replacement again in the time they are in their home.

Since the advent of metal roofing, advances have been made that offer a vast range of homeowner options. Metals that can be used for roofing include stone-coated steel, stainless steel, corrugated galvanized steel, silicon-coated steel, aluminum, zinc, and copper. Technological advances have also improved the material’s viability against sun exposure and rust, as new surface layers add to the strength of the products. 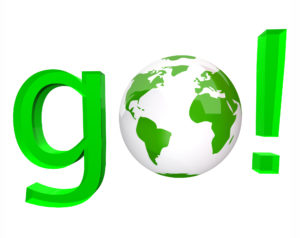 In addition to the durability of metal roofs against the elements and their resistance to fire, insects, and mildew, many homeowners today choose this roofing material for its energy-efficiency and environmental friendliness. Since metal roof coatings are highly reflective of the sun’s rays, it is easier to keep a home cool, which places less stress on home cooling systems. This equates to lower utility bills for many homeowners. They can also be placed right over the top of old roofing materials, saving money on installation, and keeping asphalt shingles from going to the landfill. On top of that, when metal roofs reach the end of their lifespans, they are completely recyclable. These benefits all work together to make metal roofing the choice of the future, with a history that spans centuries.