Are you thinking about updating your home’s windows in Dayton? Are you building a brand-new home in the Akron area, and want the best windows for taking advantage of natural light? No matter where you live in Ohio, springtime is a great time for installing new windows in your home. Homeowners in the Toledo area and all over Ohio should know the benefits that come with bay and bow windows, the differences between the two, and what to expect from installing them in an Ohio home.

The windows in any Ohio home offer much more than just a way to allow light and fresh air into the house. They are also an essential part of maintaining energy efficiency, controlling interior temperatures, and curb appeal from outside the home. If you’re looking for a way to revamp your home in a functional and visually beautiful way in Toledo, Akron, or Dayton, consider bay or bow windows.

Differences Between Bay and Bow Windows 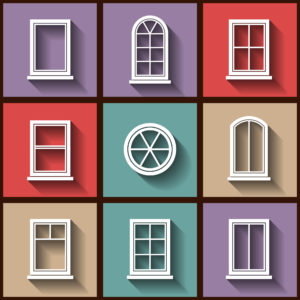 It’s not uncommon for homeowners to conflate bay and bow windows. They offer similar aesthetics and have similar constructions. Both feature multiple smaller windows arranged in a protrusion that extends outwards from a home’s exterior. The major difference between the two styles is the number of smaller windows they include.

A standard three-lite bay window will have three windows arranged at 25-degree angles from the neighboring wall surfaces. In most bay window configurations, the center window is larger than the other two windows, taking up about half of the entire window area of the bay window. The center window is also a fixed pane, while the two smaller windows flanking it may be either vented or fixed.

Bow windows generally have three to six windows of identical size arranged in about 10-degree angles from the nearby wall surfaces. Bow windows are usually wider along the wall surface than bay windows simply because they have more window panes. Additionally, all of the windows in a bow window configuration will be either vented or fixed, unlike bay windows that may have one fixed window and two vented windows on either side. 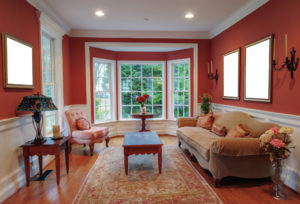 If you’re thinking about installing bay or bow windows in your home and are unsure which would be the better fit, start your decision by evaluating the architecture of your home. Bay windows are more angular while bow windows are curved. This makes bay windows more suited to contemporary homes since modern architectural styles tend to emphasize sharp angles. If you have a Victorian-style home or another type of traditional architecture, then a bow window may be a better aesthetic fit.

It’s also important to evaluate the space you intend to install the new window. Both bay and bow windows will take up more wall space than a typical window but bow windows will require a bit more. You want to ensure the wall where you intend to install the new window has enough space on either side so that the window appears balanced with the other elements of the exterior wall.

What to Expect During Installation 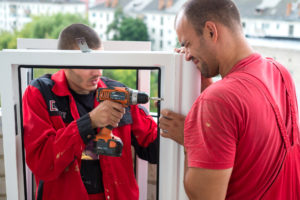 Installing a bay or bow window is more complicated than a typical window, so it’s crucial to find a window installation team in your area that can handle the job and handle it well. Failure to account for the additional weight and size of a bay or bow window means that any missteps during installation could create structural weakness and compromise the stability of the entire wall.

Benefits to Installing Bay or Bow Windows in Your Home 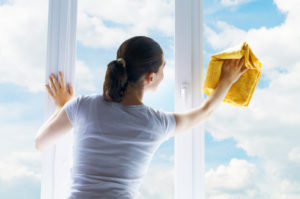 Many homeowners who need to replace their windows can’t help but wonder about potential upgrades and the benefits of choosing an entirely new style of window over a direct replacement for an outdated one. If you’re thinking about installing bay or bow windows in your home, keep the following benefits of these options in mind:

These are a few of the main benefits that draw homeowners in the Dayton, Toledo, and Akron areas toward bay and bow windows for their homes. No matter what your renovation plans may include in Ohio this spring, always be sure to take your time to find a reliable, experienced, and fully licensed and insured contractor to complete the work you want for your home.