Many homeowners and commercial property owners throughout Michigan are making the switch from traditional shingled roofs to new metal roofs. This roofing option provides many significant advantages over conventional asphalt shingles, including a much longer functional lifespan, greater durability, and ownership cost.

Metal roofs are great investments for businesses, but they are especially valuable for residential properties. If you are thinking about replacing your roof, want to boost your property value significantly, or simply want a new roof that you will not need to worry about repairs for a very long time, a metal roof could be the best option for your home.

Heading into the winter, it’s not uncommon for many homeowners to mistakenly believe that the colder months are unsuitable for roofing projects. While this is true to an extent when it comes to severe winter weather like snow, ice, and high winds, there are actually several benefits to choosing the winter months for a new metal roof installation for your home.

Can a Metal Roof Be Installed During the Winter? 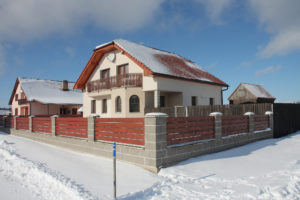 In short, it’s quite easy to have a metal roof installed during the winter, despite what many Detroit homeowners might assume. If you are worried about your roof installation team being too cold to work, this is typically only a concern when temperatures drop very low. Many roofers actually prefer working in cooler weather because it is easier to layer for the cold and still work comfortably, unlike during hot weather when wearing protective equipment, tool belts, and other gear can make working outside more challenging and more dangerous.

Heat injuries are far more common during warm weather, especially for people who need to work outside. If you have any concerns about your roofing team’s safety, winter is likely the safer option for timing your metal roof installation. Additionally, there are several other practical benefits to choosing the winter for your metal roof installation. 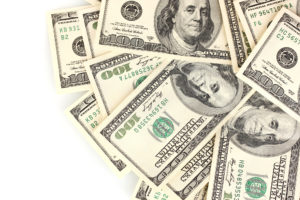 Roofers are busiest during the spring and summer months when most homeowners assume it’s the best time to have their roofs replaced. This means it’s harder for people to book appointments with roofers to have new roofs installed, leading to price increases for some roofers. However, during the winter, most roofers are not nearly as busy. It’s more likely to get discounted pricing as well as the appointment time that’s most convenient for you since there is less competition for roofing services during the winter.

Metal roof installation during the winter can also translate to a lower project cost because your roofing team will likely be able to work faster. It’s easier for them to stay comfortable while doing demanding physical work, and they won’t have to worry about problems caused by spring and summer vegetation in bloom. This means fewer hours will be necessary for your metal roof’s installation, which in turn means an overall lower project cost. 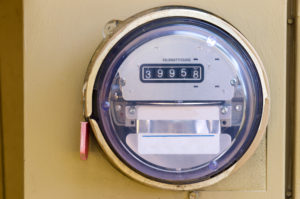 So many Michigan homeowners are upgrading to new metal roofs because of their incredible durability and the long-term savings they provide. While it is usually a bit more expensive to install a new metal roof than an asphalt shingle roof, the metal roof’s overall value makes it the cheaper option in the long run. By scheduling your new metal roof installation for the winter, you start immediately taking advantage of the utility savings a metal roof can offer.

Metal roofs are better at absorbing sunlight than asphalt shingle roofs. While some may mistakenly believe that this would make a house too hot, this heat never penetrates inside the house. Instead, it creates a buffer of warmed air around the home, making it more difficult for the outside temperature to affect the interior temperature. This means your home’s heating system will not need to consume as much energy or work itself as hard to keep the inside of your home comfortable all winter. Having your metal roof installed at the beginning of the winter means you can start to immediately take advantage of these energy savings when energy consumption is typically highest for most homeowners.

One of the most common problems with older asphalt shingle roofs in the wintertime is ice dam formation along the roof’s eaves. These ice dams form when snow on the roof melts but does not drain to the gutter. Instead, it drips down the shingles and refreezes as soon as the temperature drops again. On older shingled roofs, this water can easily penetrate below the shingle layers, thawing and refreezing repeatedly while pushing the shingles apart from one another.

Due to how well metal roofs absorb sunlight, most homes with metal roofs do not contend with snow drifts or ice dam formation; the roof can maintain heat from the sun enough to melt away snow and ice more effectively than an asphalt roof. The smooth surface of most metal roofs also makes it easier for snow and ice to melt and slide into the gutters.

Reducing the risk of ice dam formation on your roof by having a metal roof installed can potentially prevent serious injuries. Every year in the US, several people sustain serious injuries from falling ice chunks and dislodged ice dams. This is far less likely to occur with a new metal roof. 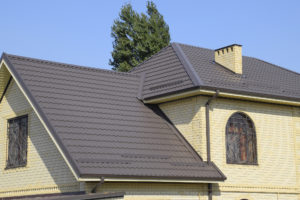 Winter can be tough on traditional shingled roofs, but a metal roof will endure harsh winter weather much better. By investing in a new metal roof upgrade this winter, you are ensuring that you will not need to worry about any roofing issues for many years to come. A metal roof from a reputable manufacturer installed by a professional team can easily last three times longer than the best asphalt shingle roofs, or even longer in some cases. There are also far fewer maintenance requirements, and metal roofs have much longer lifespans than an asphalt shingle roof can offer.